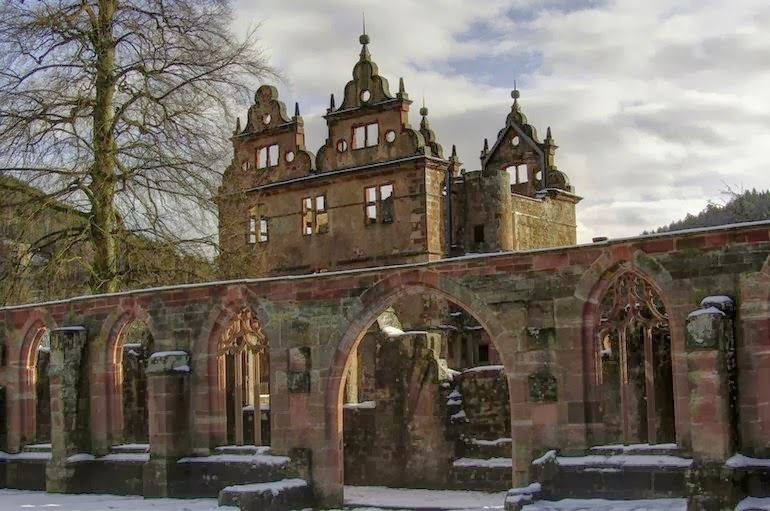 They stepped into a drafty master bedroom,  illuminated by lit candles encircling the huge canopied bed. The candlelight created shadows that swayed back and forth across the ceiling and walls. Linda felt like the shadows were reaching out for her.  She backed away in horror, not knowing if she was imagining them or not.
She didn’t want to move any closer to the bed, dreading what she might discover there. Anything was possible, from what they had already witnessed in this house. But Todd and Shana kept moving forward.  She moved with them toward the bed.
What she found there exceeded all her frightening expectations. On the white quilt lay a human skeleton with its arms resting at its sides. The skeleton began to bleed, slowly at first, and then profusely from the deep gash in its bones from the long, serrated silver knife sticking out of its chest. In the stream of blood were worms—scores of worms—inching out from the deep hole, spreading across the white quilt.
Linda couldn’t believe her eyes. She gasped. More and more worms were climbing out from the body, falling in groups from the bed to land on the carpet.
A new doorway emerged on the far side of the room. She watched the enormous worms spread across the floor, and realized that their squishy bodies were blocking their path to the door. They were circling her feet, trying to climb up her shoes. She stomped her feet to dislodge the worms latching onto her heels.
Looking over her shoulder, she noticed Shana backing into a corner. Her eyes appeared huge and saucer-like as she stared at the worms crawling closer and closer to her. She wasn’t making a sound, but Linda could hear her shaking—as if her bones were rattling inside her quivering body.

Posted by Susanne Leist at 1:35 AM