MEET ME AT THE CHURCH AT MIDNIGHT 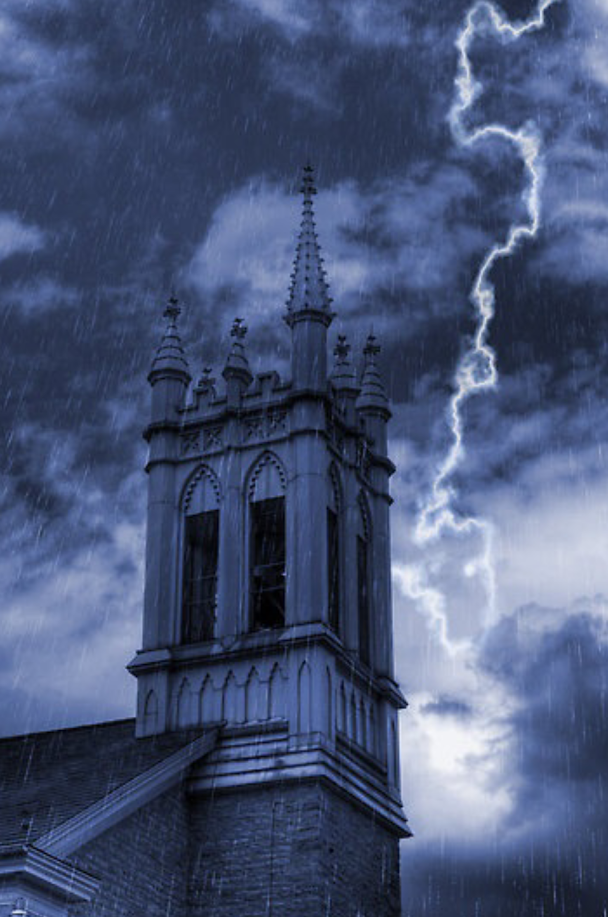 After all the introductions were made, Abe and Anna and their extended family bid farewell to everyone. Linda looked around but couldn’t find Father John anywhere. He had disappeared at some point earlier—after the destruction of End House. He didn’t even stay to meet Abe’s family. This had her worried. She questioned Shana, David, and Mike about his absence, but no one had noticed him leaving. She looked around for him, but had to finally give up and follow the others back to their cars.

Chapter 38
When Abe returned to his house, he opened his hand to reveal the small folded-up piece of paper that Father John had slipped into his palm. The Father had brushed past him just before he’d disappeared. Abe sat on his bed in the darkened room, slowly unfolding the note.
Written inside were the few words “Meet me at midnight at the church.”
He wasn’t too eager to visit the church so late. But he had no choice.
Later, when everyone was asleep, Abe left the house and walked to town. He approached the church and saw for the first time the utter devastation the last storm had bestowed on the beautiful building. The once-white church was now darkened to almost black. All of its windows had been blown out and its roof had caved in. The tall bell tower was no longer visible; it must be lying somewhere amidst the rubble of the building’s interior.
He didn’t see the priest anywhere outside, so he walked through the doorway or what had been the doorway. He climbed over large pieces of wood that must have been the front doors.
Inside, nothing remained standing. Statues lay smashed on the ground. The pews had been crushed flat by the fallen roof. Even the stained-glass windows had been shattered to pieces. As he was lamenting over this terrible loss, he heard a shuffling noise behind him.  He turned around to find the Father walking toward him.

Posted by Susanne Leist at 9:38 PM No comments:

THE COVER OF NIGHT THE COVER OF NIGHT

The town turns darker.
The winds turn colder.
The soft snow begins to freeze.
Ice hangs from the trees.
Frost covers the windows.
All are inside.
All are safe and warm.
From the moon’s games.
Or so they think.
For the moon’s fun
has just begun.
Who will be at its mercy?
Who will be left out in the cold?
Don’t let it be you.

Posted by Susanne Leist at 7:54 PM No comments:

THE DEAD ARE HERE TO STAY 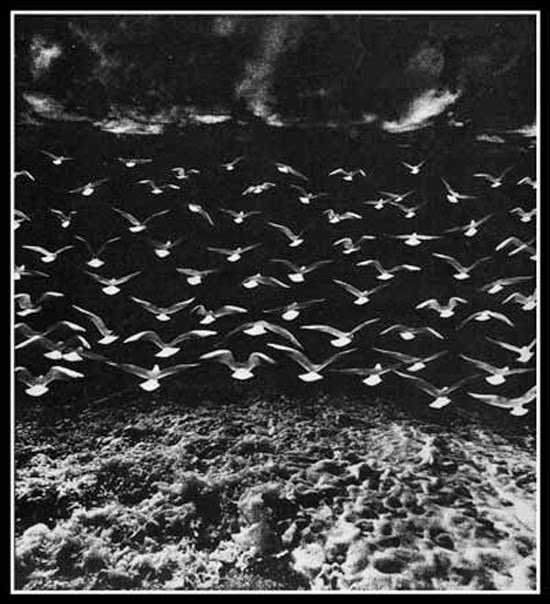 THE DEAD ARE HERE TO STAY

Why are the birds fleeing from Oasis?
Can they sense something?
Something that we can’t see?
They began flying at night fall.
And they haven’t stopped.
Where have they come from?
And where are they going?

We should take the hint
and leave this forsaken town.
A town in Florida,
where the sun shines at day
while dark shadows rule the night.
Haven’t we seen enough dead bodies?
Haven’t we lost enough of our own?
I say, “Time to go.”

The tides are rising.
The moon is glowing.
The shadows are appearing.
But Linda refuses to leave.
She wants to be the heroine.
And her friends want to perish
along with her.
Let them.
I’m leaving.
Goodbye to Oasis.
Goodbye to The Dead.

Oops.
I waited too long.

Posted by Susanne Leist at 11:28 AM No comments:

WHO WILL LIVE TO TELL THE TALE? 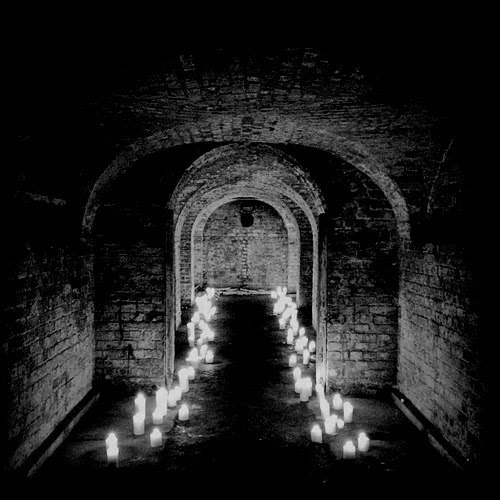 Invited to a party?
Could it be at End House?
A deserted house at the edge
of the dark forest in Oasis, Florida.
People have disappeared from this house.
Never to be seen or heard from again.
But yet you're going to this party?
I admire your courage.
Your tenacity.
But make sure you could handle
what you may discover there.
No one has ever returned alive
to tell the tale.
You might be the first.
There's a first for everything.

I will tell you what you may expect.
No one will answer your knock on the door.
The door will open by itself,
inviting you to step inside.
Once inside, you will immediately notice
the sweeping staircase.
It is majestic with red carpeting
and statues of gargoyles.
Sounds like fun so far?

Which group will find the mysterious host?
Which group will remain alive?
Upstairs, there may be revolving rooms
and bloody skeletons.
However, downstairs may have traps and wild animals.
Who will survive to tell the tale?
Only I know.
For I am one of The Dead.
We love our games
and welcome to THE DEAD GAME. Niagara Falls, over the edge

Posted by Susanne Leist at 12:25 AM No comments:

A puppet on a string.
Creepy.
Surreal.
Never in control.
At someone’s beck and call.
It must end.
Before it’s too late.
Before I turn to wood.
Before I become a Pinocchio.
No puppet life for me.
I will stand up for myself.
I will throw off my strings.
I will walk on my own.
I will be free at last.
Never to be
someone’s puppet
ever again.

Posted by Susanne Leist at 5:49 PM No comments: Where are we going in such a hurry?
With our bags all packed.
Fleeing the scene of a crime?
Perhaps a lover’s dispute?
The carriage is here.
Police sirens wail in the distance.
The story is getting better
as I watch from
my bedroom window.

Posted by Susanne Leist at 9:23 PM No comments: 
What lies in the dark woods?
What lies in wait for us?
Should we enter?
Should we go to the party?
A party in a deserted house.
A house with a long history
of deaths and disappearances.
Why are we going?
Why are we here now?
Because we are in a horror story.
We must go.
We must follow our curiosity.
To the mansion left to decay
on the coast of Florida.
It should be a paradise.
But not at night.
The night brings surprises.
And many surprises for us.
Come with us on our journey
to End House.
A house controlled by The Dead.
Fun and games in store for us.
THE DEAD GAME

Posted by Susanne Leist at 4:31 PM No comments:

5 STAR REVIEW OF THE DEAD GAME

5 STAR REVIEW OF THE DEAD GAME

5.0 out of 5 stars A great paranormal thriller, January 19, 2015
By
JN – See all my reviews
This review is from: The Dead Game (Kindle Edition)
A great paranormal thriller! This book started off with a bang and never slowed down.
Linda and her friends live in the strange town of Oasis where shadows haunt the dark streets, people disappear, and the rich inhabitants only come out at night. A mansion seems to be at the root of the eeriness, but as the story progresses we find out even some of her friends are part of the supernatural.
I thought the book was simply about a dangerous game that takes place in a sinister house, but it was much more. The characters are thrown into heart-pounding, perilous situations long after they escape End House and just when they think they’re safe another terrifying hurdle comes their way. Every page was filled with action, drama, paranormal scares, and a little romance. The writing was descriptive and catching, really taking you to the haunted town of Oasis. I would highly recommend.

Posted by Susanne Leist at 1:40 PM No comments: