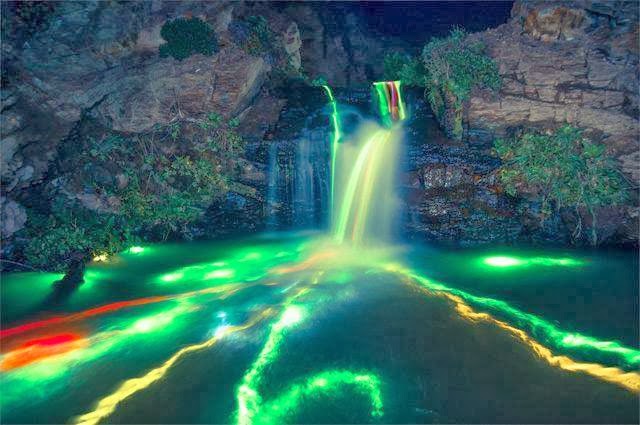 They were in the master bedroom again with the bleeding skeleton.  They dodged the squirming piles of worms and repeated what they had done in the last room: opened the second door while holding the first door open. They continued this way through the room with the bloody swimming pool and the living room with its bloody walls, until they returned to the main staircase.
Linda raced down the staircase.  She realized that she wasn’t getting any closer to the front door. The stairs had somehow dug a deep passageway into the floor, creating a long underground tunnel below the house.  She stopped short in confusion and peered down the dark hole.  There was no light or any end in sight.
“Stop running! And turn around! Try crawling up the tunnel!” Todd shouted from behind her in the tunnel.
Linda began to crawl back up the slippery rocks of the tunnel’s jagged walls.  She joined them.  They climbed up each rock by sharp rock.
Almost at the top, they were hit by a strong wind blowing in from the entrance. Their hold weakened on the slippery walls and they plummeted deeper into the dark abyss. Creatures reached out for them from within the walls, their empty eye sockets leering at them. Their elongated mouths were held wide open in a soundless cry. Long arms stretched out to them, waiting to catch the terrified victims as they fell to their death.
Posted by Susanne Leist at 8:10 PM