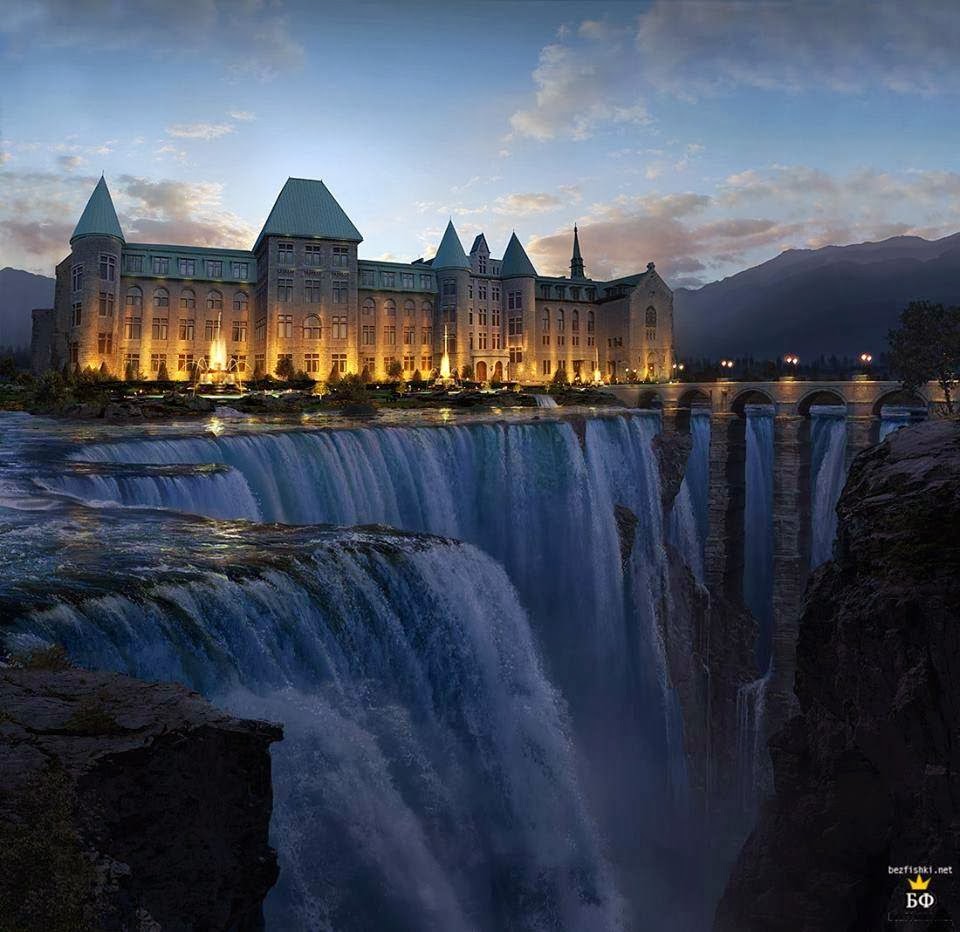 Todd and Sam ran from their cars as soon as they reached End House. They headed straight for the basement stairs.
Shana and Linda followed behind, gingerly groping the slippery basement wall to make their slow descent down the steep stairs. David sniffled behind them as he clomped down the steps.
Mike was close behind, describing the pool of water with the falling cages and swinging saws.
At the bottom, they stopped short in amazement. Instead of the horror scene that they’d witnessed yesterday, today they found an empty basement.
The basement appeared to be a great deal smaller than before, thought Mike. The opposite wall seemed to be much closer. It also lacked the wide staircase that had led up to the three huge doorways. And where were the doors? There was only a blank wall facing them. And the floor was dry—as if it had never been wet.
“Where are the wild animals and the deep pit into nothingness?”  Mike searched all four corners of the room, trying to locate the elaborate devices that had been used against them. He couldn’t believe how quickly everything had disappeared from sight. Where were the pointy cages and sharp saws? He looked up into the blackness above and could see only an empty ceiling with pipes. And where were Tom and Edward? All that were visible were pipes and a boiler—just like an ordinary basement.
Todd said, “We’ll figure this out…it’ll just take some time. This was a game that went wrong; we’ll track down the owner and make him sorry that he had ever arranged this travesty.”
Posted by Susanne Leist at 1:18 PM