Review of "The Blood of the Black Rose by Stephanie Collier 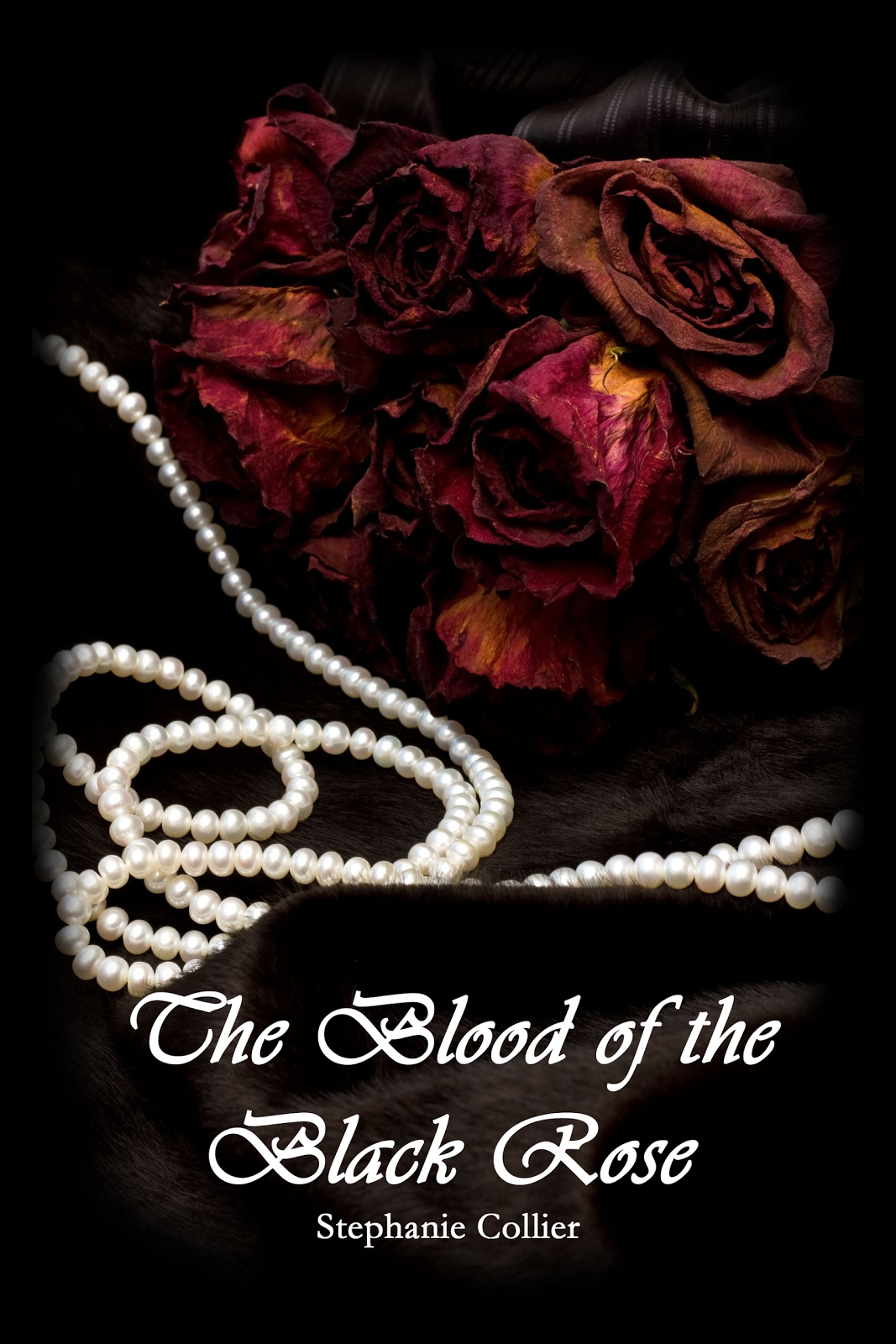 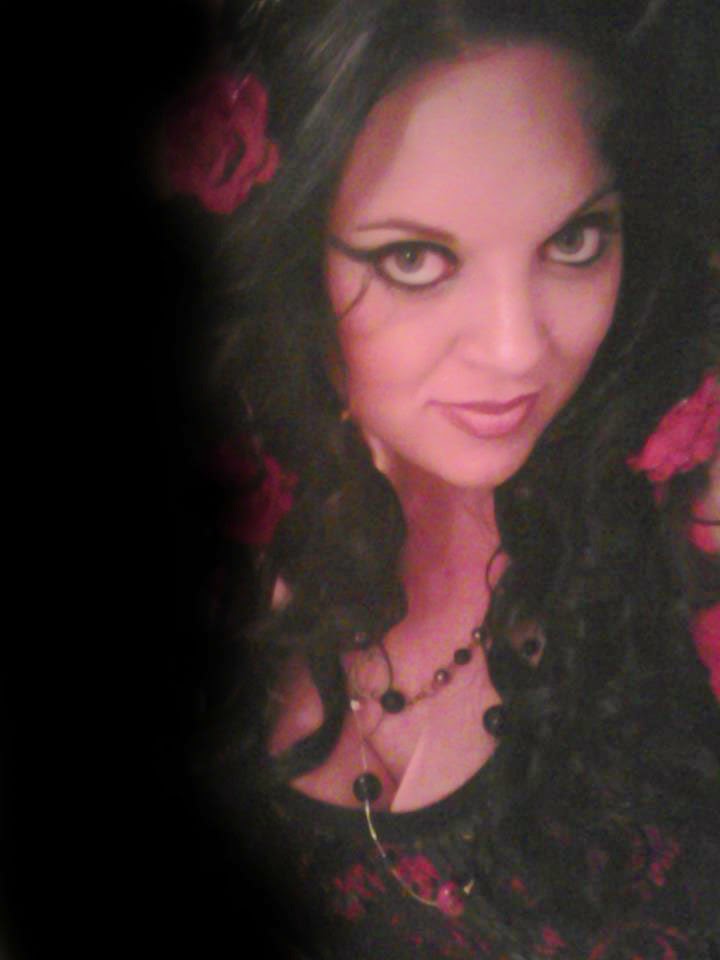 Welcome to Stephanie Collier, the gifted author of the Gothic Romance, The Blood of the Black Rose.


Stephanie Collier has always immersed herself in other worlds created by talented minds, and her love of beautifully crafted words made her branch out at a young age, dreaming up new characters and worlds of her own. Stephanie currently resides in Missouri with her loving, supportive husband and amazingly talented four children.
Stephanie is an author of Gothic Romance stories with endings that tend to be bittersweet. Her debut novel, The Blood of the Black Rose, released in February, 2014.

How did you come up with the title for The Blood of the Black Rose?

-My mother and I used to walk every park in the area every morning and we were tossing around different ideas for my novel (I wanted to make sure that this book just wasn’t another vampire story). All of the sudden, I had this brilliant thought. (If you haven’t read the novel yet, this is a little bit of a spoiler.) My thought, which I shared with my mother instantly, was about the virgin white rose and how its scent is that of a virgin’s blood, thereby luring the vampire to it. I threw around many ideas that day, but the one that I absolutely fell in love with was that if a vampire touched it, the rose would begin to open and turn red as it sucked the blood of the vampire’s victims from them. If the vampire stayed connected to the rose, it would begin to suck out the vampire’s very essence and turn black as it opened further until their soul was trapped within the now black rose. Essentially, every black rose is a “dead” vampire. I loved the concept so much that I wanted that to reflect in my title.
Who is your favorite character and why?

-Honestly, it’s Alhena. I know that it should be Demyan, considering I wrote Part One in first person POV from his perspective, but it is Alhena. The reason being is because in the second half, after being born to him over and over through the loops of time, she shows such strength even though her soul is connected to him through the Gypsy curse. This time she doesn’t just blindly follow her heart; she questions her feelings, she questions him, she questions the curse. And the utmost reason why is because of the ending, but I don’t want to ruin that for anyone!

Tell us a little bit about your cover art. Who designed it? What made you fall in love with this particular design?

-The main image is a stock image that I bought the rights to and from there, I designed the rest myself. I took away some things in the image that I particularly didn’t love and added things that I did. I have always loved creating things in Photoshop and I knew that I wanted to design my own cover before I even finished the novel. There was a certain impression I wanted to convey and what I came up with did exactly that. I had quite a few that I designed, and ended up bouncing between two. One was a very lovely image of a man with snow falling around him and his hair was frozen, he was holding a rose and looking down at it. I thought that it represented Demyan wonderfully. However, I was worried that it would be misconstrued as a young adult book, so ultimately I decided against it.

Who is your intended audience?

-17 and up. I think more women will gravitate towards it than men, but I have been pleasantly surprised with the response from the male gender - other than that, anyone who loves dark gothic stories that have sexual content. And of course, anyone who wants more vampires!

What can we expect from you in the future?

-Oh my goodness! Lots of stuff!!! I am working on the 2nd book in The Immortal Darkness Chronicles which is dedicated to Erzsébet’s life up until The Blood of the Black Rose. Every book within the series will also be a stand-alone, so it will not be necessary to read every book in order to follow each characters story.
I am also almost finished with the first book in what is meant to be a trilogy for a YA Fantasy. I think that I will probably finish it up and then put it on the backburner for a while yet. I started writing that in my early 20’s, so I want to make sure that it flows. My writing has evolved so much over the years that I am worried the first three-fourths will not match the last part.
I have a NA WIP about an overweight young woman who turns to drugs in order to lose her weight. As the story unfolds, she realizes that not only is she losing her weight, but other things about herself that she once loved, and that her self-esteem issues have completely consumed her. It has a little bit of romance, but ultimately it is a story about self- discovery, awareness, finding happiness within yourself no matter your outer shell and making peace with yourself. It does keep true to the darker themes that I seem to gravitate to and isn’t as cut and dry as it sounds. I wish I could reveal more, but it’s still a little too early.
There is one other that I am devoting my time to, but it’s too early to see if I am going to stick with it or not, so I’d rather not disclose anything about that one at this time.
What can readers who enjoy your book do to help make it successful?

-Spread the word! Please, please, please! And if you enjoyed it, please take the time to leave a review, they really help us out!

Is there anything else you would like to say?

-Thank you very very much for having me on your blog, Susanne, I really appreciate it. I would also like to add that The Blood of the Black Rose is on sale on Amazon for $0.99 as a limited time offer and that beginning Sunday, March 23rd there is a contest for an autographed print copy on the Express Reviews website, link to follow. http://xpressreviews.weebly.com/giveaways.html

Before you go, can we get an excerpt from your debut novel?

Bombs burst through the air, gray smoke cutting across the purple-orange sky, raining shards of ruin and debris all around us.  I dragged my mother along by her elbow, ducking and scrambling along the broken uneven streets, her eyes wide in fear and loss.  My baby sister clung to her skirt, scurrying beside her as she dragged a tattered doll behind by its threadbare arm.  Her tear-stained face made rivulets of red puffy flesh peek through the dirt and dust that caked us.  She pressed her chubby cheek into my mother’s thigh and I could swear I heard her whimpers and sobs above the eruptions and screams of those massed around us.
A building on our left exploded into flame, the blast sprawling us to the ground.  A shower of brick and plaster poured over us, threatening to bury us where we had fallen.  My ears rang loudly, a thunder of following missiles whistling past, erupting with fury as they hit their targets.  For a moment I dare not move, terror forming a hard knot in my chest demanding tears of outrage, hatred and most of all unbridled dread.  I swallowed the bubbling emotions that would render me incomprehensible and slowly rose to my feet, the still air humming around me as if a storm were coming.  I could feel the electricity crackling as goose bumps lined my flesh, every hair on my body trying to stand on end.  Frantically my eyes scanned the rubble, searching for my mother and sister.  They were smaller than I and the blast had pried my aching fingers from my mother’s arm instantly.
The dust billowed around me, spiraling into small swirling formations before settling around my feet.  My eyes locked on an outstretched arm, the aftermath casting a sickening yellowish tint upon the pallid skin.  My stomach convulsed as I crouched down.  Small fragile fingers were tightly wrapped around a piece of torn brown wool in an upturned palm, gripping firmly to a doll’s arm.  “Please,” I mumbled, “God, please.”
Time seemed to slow as I moved pieces of wall and glass, brick, rock, plaster and pipe from her helpless unmoving body.  Screams, cries, shouts and explosions whirled around me yet sounded distant; my ears were filled with the loud quick beat of my heart.  It could not be my little Allandré, please Lord, please.  I removed the last piece of plaster covering her face, her unblinking emerald eyes staring into the gray-lined sky.  Blood trickled from the corner of her mouth, her gaze already filmed over with death.
My mournful howl of tragedy filled the silence that surrounded me as I sank to my knees amongst the destruction.  I cradled her small form to my chest barely noticing the glass slicing into my skin, embedding itself into my knees.  My heart screamed in torment, the pain wanting to rip me into shreds.  The only good thing in my life - so precious, so innocent and so beautiful was taken from me.  My little Allandré.