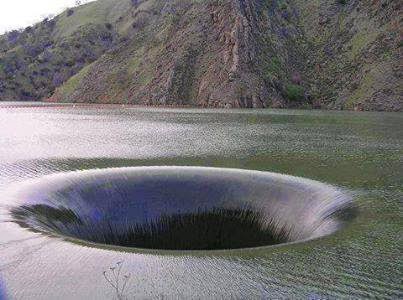 They escape the dark tunnel, but Shana and her friends find even more trouble for themselves.

In the darkness of the tunnel, a light was being projected on one small area. In this subdued light sat a woman in rocking chair, rocking a baby in her arms while humming a sweet lullaby. To Shana, the scene looked very peaceful and serene—which didn’t at all fit with Louise’s terrified reaction.
She asked Louise, “Why are you so afraid? Who is that lady with the baby?”
Louise replied, “It’s my mother holding me. I’ve seen this scene numerous times in old pictures. My mother had died when I was only a baby.”
“The scene was obviously recreated from you own imagination. Before our minds are toyed with any further, we must turn around and leave! Right now!” Louise grabbed Shana’s outstretched hand and followed her back through the tunnel.
Upon their return to the main chamber, they made another sad discovery. Todd and Sam were tied up, back to back, on top of a tall pile of wood. The newly turned vampires were happily dancing around the mound, adding more wood to the increasing pile.
“I’m very happy that you’ve finally decided to join us. I’m about to make myself some dinner. I’ll now be able to have some dessert: humans make such a sweet delicacy.” Shirley laughed with unsuppressed glee.
“You must think very highly of yourself to laugh at your own stupid jokes,” Shana said.
Simmering with latent rage, Shirley raised her arm and lifted Shana high up into the air. Then she promptly lowered her hand to soundly plop her down alongside Todd and Sam, on the tall bonfire that Hank and Frank were busy building.
Shana fearfully looked down at her friends. The height and the smell of smoke were making her nauseous. This time Sam wouldn’t able to bring her down to safety. He was straining at his ropes, but she seriously doubted whether he would be able to free himself in time.

Posted by Susanne Leist at 1:18 AM