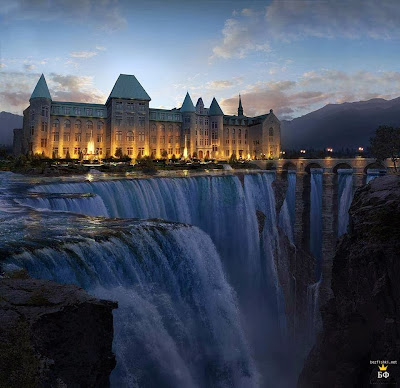 Linda was on her way to the barbeque with her friends.

The others were already there. Mike and David had moved their barbeque grill onto the beach; hamburgers and hot dogs were sizzling on the grill with buns warming on the side. Shana was setting the picnic table with a checkered tablecloth and baskets of breads. Louise, who’d brought the salads, was busy arranging them down the center of the table.
Linda noticed Todd lounging on a reclining chair, reading the Wall Street Journal. He always brought with him a large selection of wines. He never cooked or served, but observed everyone from a discreet distance. His long legs—stretched out before him—looked tan and muscular in his biking shorts. His expression appeared pensive and serious as he perused his newspaper. She turned away before he noticed her gawking at him.
Once the food was cooked and served, they sat around the picnic table. The only topic of conversation on everyone’s mind was the mysterious party at End House. They talked about it for awhile—except for Todd, who remained aloof and silent during the heated conversation. Linda wondered whether the owner of End House was also one of his many clients.
David had been the one to first introduce the topic of the party during the meal. They had been eating in silence until David spoke up. “Should we go to this party? It might not be such a good idea. We don’t even know who’s throwing the mysterious party.”
Mike said, “You always try to ruin everyone’s fun. If you don’t want to go, don’t go! Just don’t bring down everyone else’s spirit of adventure.” Mike always scolded David for his inappropriate comments. However, this time Linda didn’t believe that David had said anything inappropriate, since she felt the exact same way about the End House party.
Shana stood and pointed a finger at Mike. “Who are you to say what someone should or should not be feeling? If David is hesitant about going, then he should say so.”
“That’s right,” Linda said. “David shouldn’t be afraid
to speak his own mind in front of his friends.”
“I’m sorry, but I’m also speaking my mind. I don’t want him putting unfounded doubts into everyone’s heads—before they’ve even considered it! David, I understand your concern about going to End House, but we’ll be together, and there’s nothing to fear. I hope you’ll come, or else I won’t have anyone to hang out with.”
After a long pause, David nodded his head. “Okay, I’ll think about it….”
After the meal Linda sat close to the others on the beach. They gazed out at the ocean while the sun set in the distance, casting its glittering lights on the water. Each person was immersed in his or her own thoughts about End House and its unknown owner. Todd didn’t offer to identify the owner or whether he even knew who it was. And no one dared to ask.