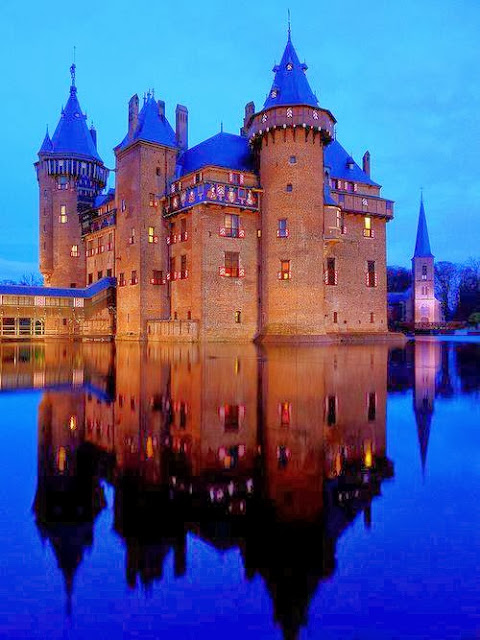 Linda is about to open the invitation to End House.


It read,
“You are Cordially Invited to
An Evening of Intrigue
Mysteries to Solve and Games to Play
10:00 pm Sharp
Friday the 13th
End House at Oasis”
NO RSVP REQUIRED
JUST BRING YOURSELF

What a strange invitation.  She didn’t want to
play any games or solve any mysteries. And what did BRING YOURSELF mean? Who else would she bring if not herself?
She checked the envelope, but couldn’t find a postmark. She also couldn’t find a name anywhere for a host or hostess.
The mansion on the hill stood dark and deserted after the last family had disappeared about five years ago. The house looked sinister to her with its blacked-out windows. It was falling apart: sections of its roof, siding, and shutters had been ripped off by the wind. But she hadn’t heard of any major storms in the area that could have damaged the house in such a drastic way. And what had happened to the poor family?
She had heard that End House boasted a gigantic indoor pool with a Jacuzzi and sauna. It also had an outdoor pool, which she couldn’t even get a glimpse of over the dense circle of tall trees surrounding the property.
The house stood alone at the end of the drive with no neighbors nearby, jutting over the edge of the steep cliff with a long drop to the jagged rocks below. Just thinking about it caused chills to travel up and down her spine. She never planned on visiting that house—ever. But she could not dwell on that now: she had to get ready for the barbeque.
She didn’t have to bring much since Mike and David
did most of the cooking. She returned to her kitchen, took out a few steaks from the freezer, and packed them up with the strawberry pie that she’d baked yesterday.
She climbed the stairs to her dark bedroom. The turquoise and pink drapes were closed. She turned on the small green lamp on the end table beside her bed. On her white embroidered quilt were her two cats, asleep together on her pillow. They brought a little peace and sanity to her life that she sometimes felt were lacking in this strange little town.
She changed into a sweatshirt and jeans, ran back downstairs, grabbed her food, and then rushed out to the
barbeque.

Posted by Susanne Leist at 4:13 PM