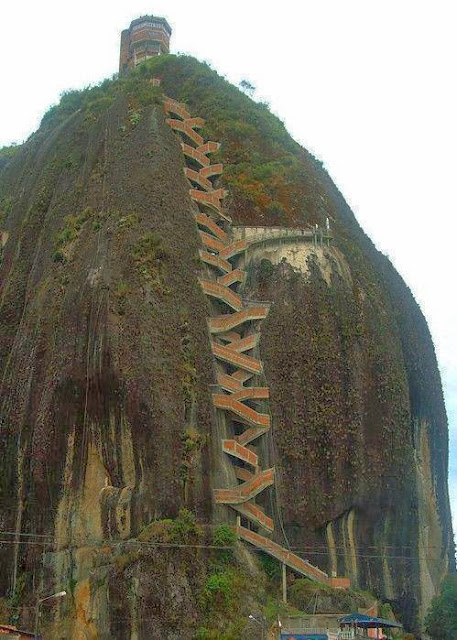 Today is day 8 of the page a day reading of my book.

The young residents of Oasis receive an invitation to a creepy deserted house, perched at the edge of the cliff, with a long staircase descending into the sand. In my mind, End House resembles the picture above.

Linda and her friends must decide whether to attend the party. Linda is scared and unsure of the original residents. She even mistrusts Todd, who she has a crush on.

As Linda thought about Oasis and its creepy residents, her mind wandered back to Todd. He was the only one who had the enviable position of belonging to both social groups. He was able to enjoy the company of her close friends, while at the same time he was able to conduct business with the elite of the community and attend their very private parties. He was the one person in town who was able to cross the fine line between the disparate social groups.
Todd had to be the key that could help unlock all the hidden mysteries in town. She also feared that he played a very important role in the town’s questionable politics and history, along with the sheriff and the original residents.
Not only was Todd powerful in town, he was also very
wealthy. His office building was by far the largest one on Main Street. The green-tinted glass structure spanned a whole block adjacent to the beach’s walkway. His investment company occupied all four floors, containing the offices for his many employees. Linda believed that Todd’s company was much too big for such a small town, and its ultra modern glass structure did not blend well with the countrified look of the other stores along Main Street.
In contrast, right across from Todd’s building was the picturesque town park. Its tree-lined paths offered residents and its many visitors benches for daydreaming and for gazing out at views of the sun-drenched beach and ocean, or at the park’s pièce de résistance: the large and elaborately designed gazebo.
Posted by Susanne Leist at 9:05 PM