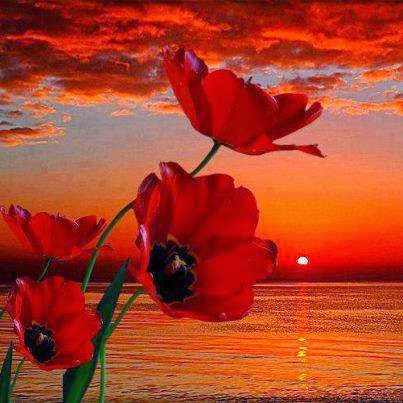 The La Santa Muerte was in Oasis, Florida! It took on the form of Natalie, Todd's assistant.

“I had thought that the La Santa Muerte was a belief held only in Mexico. We are pretty far from Mexico,” Todd said.
“Our beliefs have spread throughout the world. We’ve been around for centuries, originating from the Spanish La Parta, or the female Grim Reaper. Our main purpose is death and destruction.”
“Why are you the vampire’s worst enemy?” Mike asked.
“Vampires have always assumed that they were the sole rulers of the world—that no one could possibly defy them or ever replace them. In Mexico, true believers have brought us back with their sacrifices and prayer. We haven’t been seen since the La Parta or Grim Reaper had disappeared many years ago to never show her face again.”
“How did you suddenly become a saint?” Mike believed
that important pieces to this puzzle were definitely missing.
“I’ve always possessed dark powers, passed down to me from my mother and her mother before her. My mother worshipped the black arts. Before her death, she gave me her books on magic that explained about spells and potions, and mostly about great power. She had warned me that I had to rule with an iron hand—that only fear would bring full allegiance from my followers.
“One day, I came from work to find my house trashed. Someone had been searching for something. My papers were strewn around the rooms. My grimoire, which was my mother’s sacred book of spells, was missing. I then realized that I had been finally discovered. The Dead weren’t happy with their new competition; they didn’t want any interference with their deadly games. Originally, I’d kept below the radar. We’ve always practiced in secret—in people’s homes and in well-hidden temples.
“Soon after, Wolf approached me and ordered me to leave town. I told him that I refused to leave my home and my people. He took me by surprise. I was attacked, tied up, and left in the gazebo. A girl was being strung up from one of the rafters. This was not the way my reign was supposed to have played out: I was supposed to be worshiped and treated like a god and not trussed up like a turkey!
“With the girl hanging from a noose and the vampires dancing in a circle around us, I tried to escape my ropes, but I was tightly tied and gagged. Then the human vampires ran in to save the day. The girl was resuscitated and I was untied and set free.”
“They should have destroyed you that day!” Shana said.
Natalie continued with her story, “A vampire slayer’s spell had backfired, giving me my sainthood. I am now stronger than any vampire or any other creature on earth. It had been my birthright all along, but I had to wait to claim my powers. I cannot be killed like a vampire—I am invincible! A vampire can be burned to ashes to be annihilated, but I can live forever!”
Posted by Susanne Leist at 10:50 PM