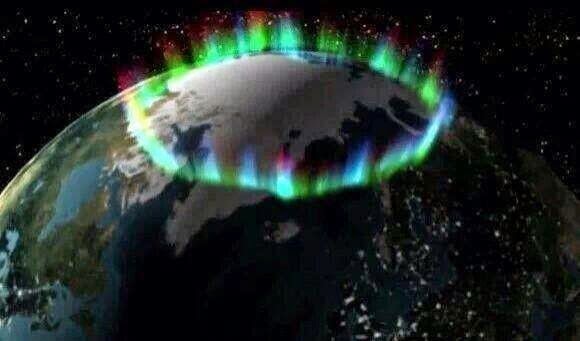 Linda and her friend were on their way to the party at Diane's house. They didn't know what to expect. They didn't expect the armed security and the lit up property.

The drive up the hill was slow: they had to follow a long line of cars and limousines making their way up the narrow country road. At the tall metal gates encircling Diane’s property, each car had to be checked by the guards on duty. Linda caught a glimpse of Diane’s glass house in the distance. It was lit up with bright lights sparkling throughout her property. The lights extended far into the distance, weaving through the many trees and bushes.
At the front gate, uniformed men were inspecting everyone’s invitations. At Todd’s car, Shirley handed the officer her invitation.
“It says here that the invitation is for only one person. Who are these other people?” asked the officer, looking into the carload of people.
“These are my guests. Diane told me that I could bring guests,” Shirley replied.
“I must verify this with the gate house. Please wait here,” ordered the officer before returning to the large gate house.
All the officers were huge and muscular and looked to be very professional. The security seemed more appropriate for an important political event than for a plain dinner party. Linda didn’t like the look of things, and they hadn’t even entered the property yet.
Todd jumped out of his car to speak with the officers on duty at the gate house. After some hushed conversation he returned to the car, informing them that they were cleared to enter. The huge gates swung open for them and he drove up the gravel road between the two lines of tall trees with glistening lights hanging from their low branches.
“Why did they stop us? Why are they checking everyone?” Linda asked.
“The sheriff just wants to make sure that everyone is safe at the party,” said Todd.
“These are not the sheriff’s men, but private officers,” said Mike.
“I know,” responded Todd.
The four of them in the back seat glanced at each other
with worried looks, but they all remained silent.
Posted by Susanne Leist at 6:42 PM