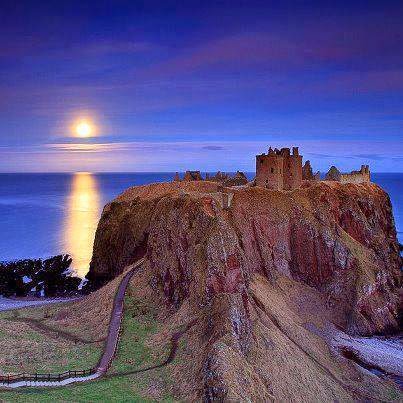 
Abe glanced at his wife, who just shrugged back at him, before he began to explain. “This town has been cursed for a very long time. Years ago, after the vampires on the hill had peacefully resolved their internal struggles, they began treating the people in town better and things quieted down for many years to come. Then in the last few years, a new group of vampires—called The Dead—have risen up and brought bloodlust to a new cruel level. They not only love to kill, but they have also made a deadly game out of it. At first, their evil was centered upon End House.”
Linda couldn’t believe that Abe spoke about vampires—as if everyone else was also aware of them.
Anna continued with the story, “These vampires have a very strong leader who is the epitome of evil. He lures people to End House and then massacres them. He has even trapped vampires in the walls of the house to terrify the helpless victims before they are slaughtered. The house is alive with The Dead and therefore, must be destroyed!”
Linda thought that Anna was enjoying telling the tall tale a little too much: her eyes were gleaming with excitement as she moved closer to them. On the other hand, Abe seemed unfazed by the story and by their sudden visit out of the blue.
“Have you been living here for a long time?” asked Linda. She couldn’t make up her mind if she believed the two of them and their strange stories about vampires. However, at the fishing village, these tales were also told and believed in.
“We’ve been living here for centuries. Our children live all around the world, belonging to different peaceful sects of vampires. Their rooms upstairs have been kept exactly how they left them before they moved out. Come and see the rest of the house.”
Linda held back, but Shana followed Anna toward the front desk. Linda didn’t want to remain downstairs alone with Abe, so she trailed along with Abe close behind.
Posted by Susanne Leist at 12:00 AM