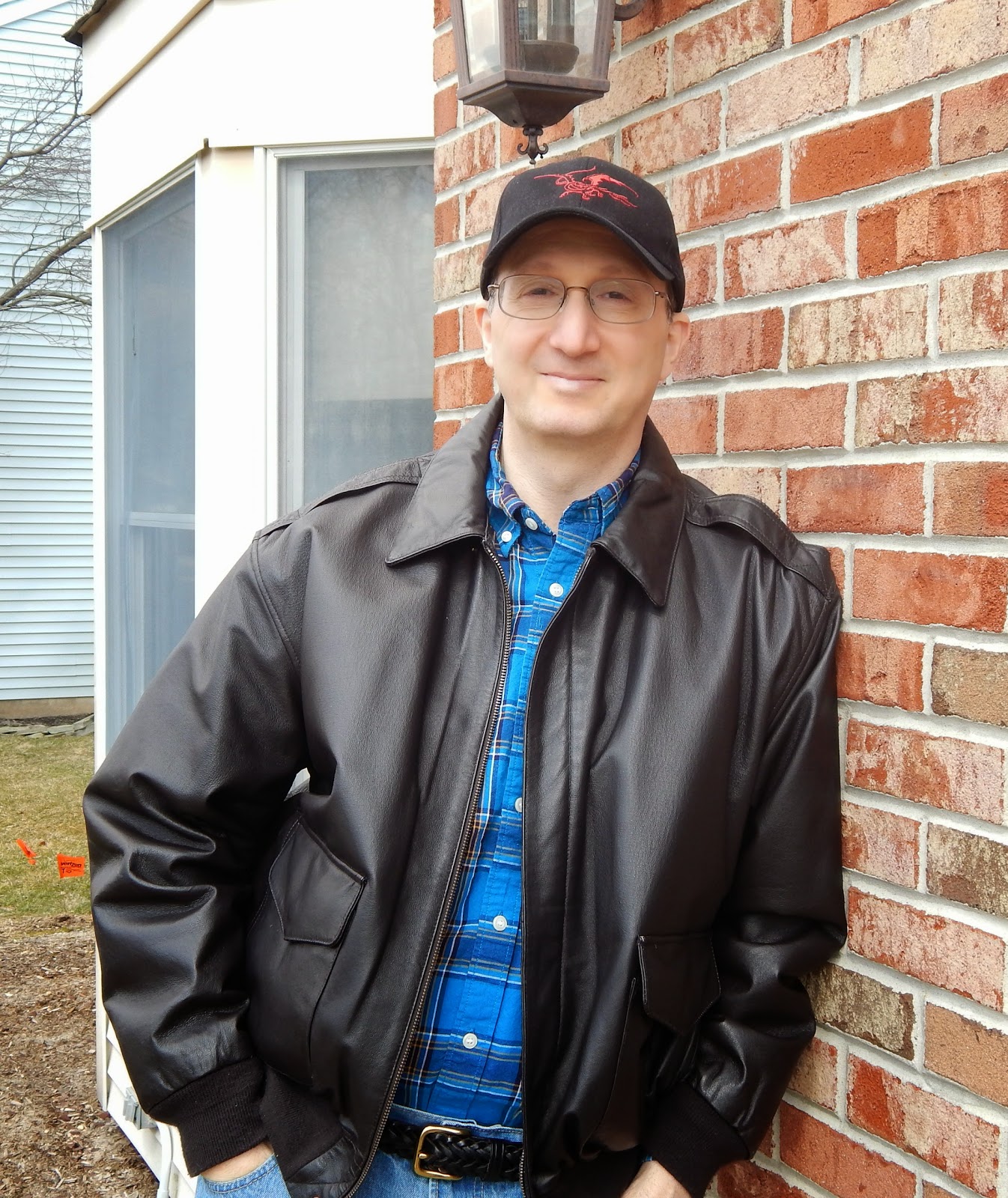 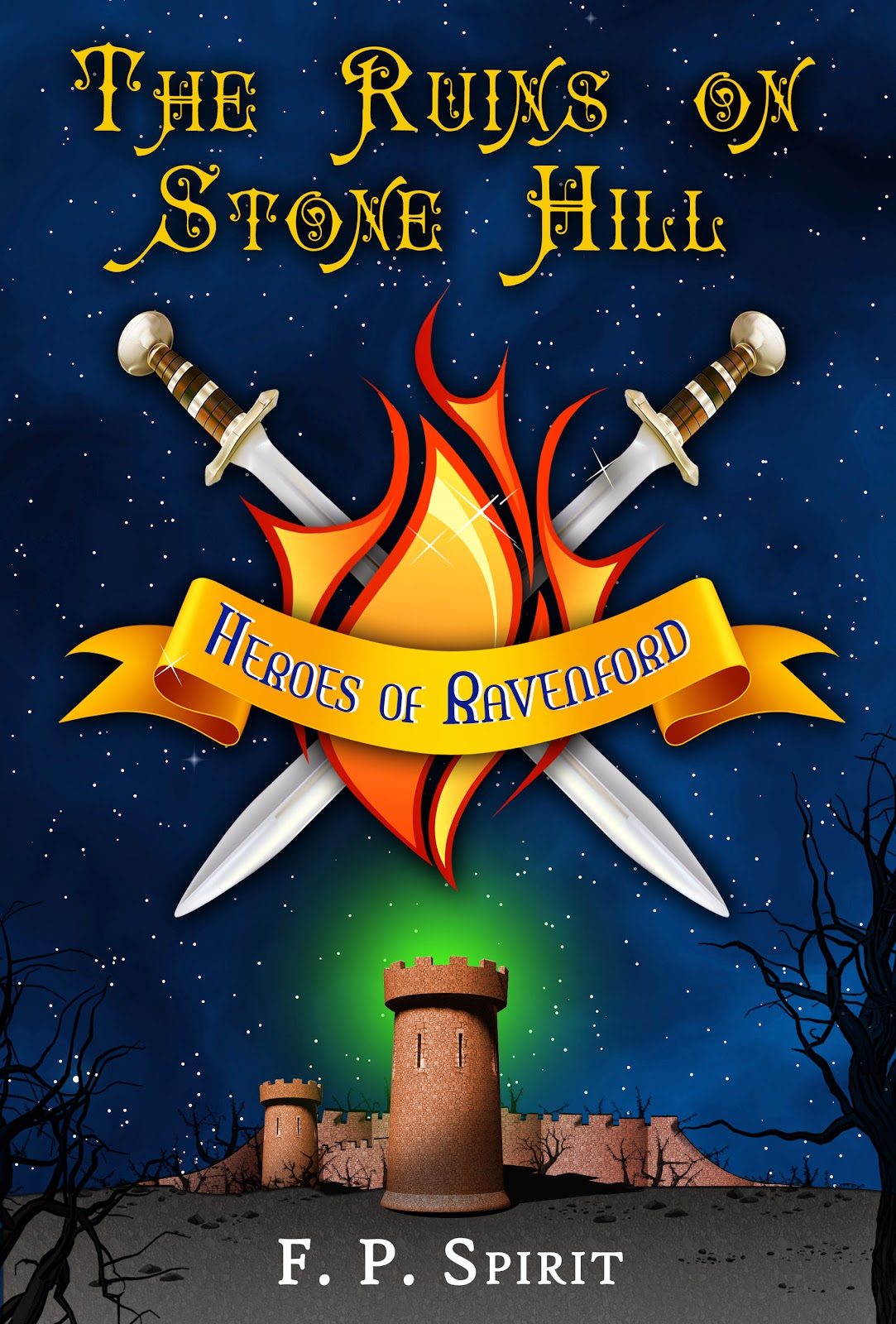 I am honored to be interviewing FP Spirit. He is the author of  The Ruins on Stone Hill--the first book in The Heroes of Ravenford Series.

I am from New Jersey. That’s usually followed by the question “What exit?” I typically reply “173”. Truth is, there is no exit 173 on either the Parkway or the Turnpike. I live with my very understanding wife, and the two greatest teens anyone could ask for. Why is my wife understanding? Well, she married me. Why are my teens so great? They put up with my wife and me without too much of a fuss. Seriously though, I have a wonderful family. My life mostly revolves around them. Other than that, I have a job which I really like, and a group of wacky, creative, fun friends.

2.    What books have you written? What genre are they in?

I have written two books to date. “The Ruins on Stone Hill” is the first book in the YA fantasy series, Heroes of Ravenford. The second book is the next entry in that series. It is titled “The Serpent Cult” and is slated to be published this October.

3.    Why did you become an author? What led you down this career path?

As I said, I really like my job. Still, I’ve been doing the same thing for over 30 years now. I needed another creative outlet. My boys and I began gaming with our friends a few years back. This led to the creation of a number of interesting characters. Backgrounds were developed, and many stories ensued both in and out of game. I finally decided to see if I could weave these all together into a novel. Three years later, the Heroes of Ravenford were born!

4.    Was it difficult to write your first book? Or did it come naturally to you?

Frankly, I “stank” at writing when I started. I was too long winded, too flowery, and overly detailed. It took a lot of practice and guidance from some writer friends of mine (thank you Jeff, Cathy, Tim and Erik). Finally, after almost 20 iterations, I learned to mix the story flow with character interactions and just enough visual imagery to spark the reader’s imagination. By no means was it an easy road. Nor do I think I have mastered the craft. I am still learning about writing every day!

Dreams? Goals? See my kids graduate from college and have nice lives of their own. Be able to afford to live decently when I finally retire. Oh? You mean as far as writing? Well in that case…I would like to share these stories with other folks who will enjoy them. They were fun characters to create, play and write about. If other folks also enjoy them, then my writing goals have been reached.

Spending time with family and friends is a biggie. I am also an avid Sci-Fi and Fantasy fan. I loved the movie “Guardians of the Galaxy”. “Arrow” and “Sleepy Hollow” are two of my favorite TV shows. I also like to game, and of course write.

I have Tim and Jeff to thank for that. As I said before, we had been creating background stories and history for this world we role play in. Further, I had become official “scribe” for our adventures. The two of them encouraged me to try and turn all these disjoint notes and stories into a novel.

8.    Who are some of your favorite authors?

David Eddings, hands down. His fantasy series the Belgariad and Mallorean are by far my favorites. I love the depth of his characters, and especially the way they interact. They are not your typical iconic fantasy characters. They are real characters with flaws and the like. And they are constantly “busting each other’s chops”. They are a very entertaining read no matter what the characters are doing.

As I said before, Book Two of The Heroes of Ravenford, “The Serpent Cult” should be published next month. Overall there are five books planned for this series, although it might stretch out to seven. The Heroes have many hurdles to climb before they can really call Ravenford “safe”. Furthermore, there is more than one dark force that has set its sights on that sleepy little seaport. Glo, Lloyd, Aksel, Seth and Elladan have a rough road ahead of them. There are many adversaries that bar their way, and not all are evil monsters. Luckily, they also make some allies along the way. Although some of them are rather mysterious. Either way, it is sure to be a wild ride!