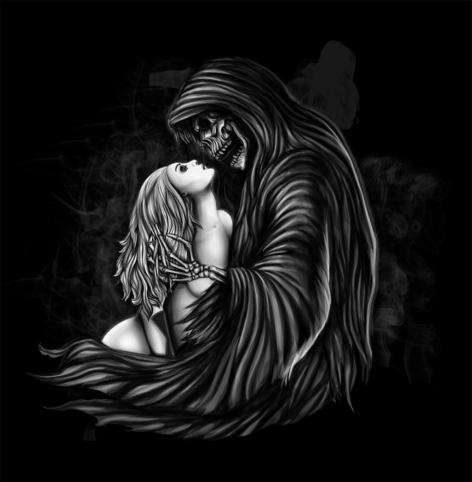 Todd was having doubts about his relationship with Linda. Life wasn’t always perfect in Oasis.
Todd was beginning to doubt the wisdom of his decision to include Linda into his dark life. He didn’t know if he should turn her into a human vampire. He feared the possibility that one day she might regret her choice, once she saw how her life had been turned upside down, and once she realized that she had to exist on the dark side with no turning back.
Human vampires had to be careful in order to fit in well with the rest of society—without allowing anyone to dig up their dark secrets. They lived in their own little society—separate from the rest of the world, without truly fitting in with vampires or humans. It was a hard secret to carry around every day. He’d had to carry this secret for years with only the elders and the other human vampires knowing his bitter truth.
Even though he wasn’t a full vampire, the temptation to drink blood was always present. Human vampires could be very easily turned by a vampire. Vampires held the lure of great power and immortality. Once human blood was tasted, there was no going back. The older human vampires in town had turned at the end, and he sadly realized there was no guarantee that any of his group wouldn’t turn in the future. Their meager powers as human vampires did not make up for their lack of a normal life, and were nothing at all compared to the almost limitless powers of vampires.
Linda had already fallen prey to Wolf’s magnetic spell, which could mean that others like him might be able to sway her from her human side and woo her with the rough, seedy playground of demons—filled with weapons, gore, and sick games. However, as he gazed into Linda’s trusting eyes, he knew in his heart that he’d always trusted her and always would. He really didn’t believe that she would ever switch sides. But he still wasn’t sure if vampirism was right for her. She was pure and innocent, and he wanted her to remain that way. Because he wanted and desired her was not a good enough reason to have her give up her life.
Kindle
http://amzn.to/1lKvMrP
Nook
http://bit.ly/1lFdqNj
Posted by Susanne Leist at 4:48 PM