A LITTLE ABOUT ME 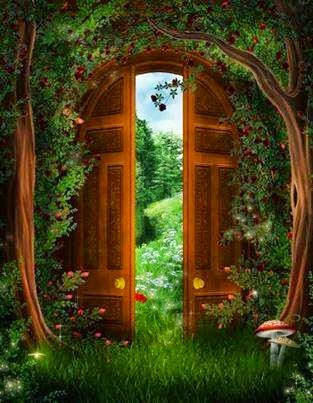 A Little about Me


I’ve done a few interviews on fellow authors’ blogs. Their questions helped to serve as guidelines. Now I have a blank page to deal with. Should I write about why I had decided to become a writer? I don’t think so. It has been done to death by writers. I believe I will write about what had inspired me to pursue my career in Finance. It wasn’t a ‘what’ but a ‘who;’ the person who I had looked up to and then had lost too early in life. This was my brother, Neil Leist.


Neil was the type of person who lit up a room when he entered it. He was 6’2”, but it wasn’t his height that drew others’ eyes. It was his dynamic personality and his intelligence. Those grey eyes mirrored his great intellect and capacity for greatness. He acted as my father when my father wasn’t home but working long days and nights driving a taxi. He took care of my blind mother until I was old enough to help out. He sheltered me as much as he could from life and responsibilities. He shouldered these burdens himself.


He did well in college but he flourished in the business world. He traded on the Commodity Exchange until he had enough money to take over a Fortune 500 company. With a majority share in its stock, he took over American Bakeries. Taystee Bread was never going to be the same. He took me along on his ride to stardom. I worked for him on the Exchange and in his offices on Madison Ave. in Manhattan. I majored in Finance at New York University, preparing to join him. All was going well for once in my life and in my brother’s life. My parents were proud. He helped them out. All was perfect until that awful phone call in the middle of the night.


My lights went out. All the light in the world was gone for me. I was stuck in darkness as dark and deep as the one my mother lived in. My brother had been in a car accident in the Hamptons. His fancy, red Porsche had hydroplaned on the wet roads. Neil was a great driver with quick reflexes. He drove the car off the road and onto the grass. Luck wasn’t with him. A truck was parked in his path and the Porsche crashed beneath it.


Neil was in a coma for two years before he passed away. Meanwhile, his so-called friends at American Bakeries were undermining his position at the company causing the stock price to drastically plummet. We had to sell off his investment in one big chunk at a big loss. Most of his money was tied up with this company. I spent eight years dealing with all the vermin or finance people and lawyers before his estate could be settled.


I lost my taste for high Finance. I did get an M.B.A. in Finance but it soon lost its appeal to me. I wasn’t cutthroat. I wasn’t a back stabber. I wanted an interesting job that was challenging. I did enjoy working at The Office of Management and Budget at City Hall. I wasn’t able to work the overtime hours on Saturdays because of my Sabbath, so I left.


I worked at different companies, such as: E.F. Hutton & Co., McCall Pattern Company, and at local brokerage firms on Long Island where I now live. None of these jobs appealed to me. I was married with two beautiful daughters. I devoted myself to them. I took on part-time jobs, but I was always available if they needed me.


The big 50 was approaching and I was beginning to feel that I had lost out on life. My brother and then both my parents had passed away. My daughters were beginning their own lives. I needed a focus, a reason for my life. I was helping my daughter write an essay for college. I read it over and was surprised that I had written it. It related to my mother being blind with dementia in a nursing home. I began to think about writing.


My mid-life crisis book, The Dead Game, took me ten years to write. I hadn’t realized that writing was so hard. Characters have to move around and speak at the same time. They can’t sound the same. Through all the rewrites, the plot and story remained the same. Only the dialogue and grammar changed. I believe I could edit for the rest of my life and still not be satisfied.


I found a self-publisher, who offered to print and edit the book for a set price. Anything else costs extra. If I made any changes to the book after it was published, it would cost hundreds of dollars for them to take care of it. They even charged to send the changes to Amazon and Nook, even though these companies don’t charge for this.


One day, the publisher informed me that my book was published. I thought that this meant it was printed. Not only was it printed, it was sitting on Amazon and Nook without a description or bio. It looked sad. I panicked. I had to learn how to use Google so I could ask it how to describe a book. I learned about the log line and synopsis. I bought books on grammar and editing. I opened blogs. I found Facebook and Twitter. Luckily, I found some nice authors who helped me with my countless questions.


My book looked nice on the sites, but it didn’t have reviews. I soon learned that without reviews there are no sales. I joined Goodreads.com to find reviewers. I was placed in review groups, where the members randomly reviewed other members’ books but not each other’s books. Some authors gave nice reviews with constructive criticism. Others took apart my book, piece by piece, and in detail described what was wrong with it. They even used excerpts. These hurt, but I used the reviews to fix any weak spots in my book.  After a year of this, I put out a new edition of my book. I tried to address everyone’s concerns. But you just can’t please everyone.


My book is now sitting comfortably in its sections: Vampire Suspense on Amazon and Paranormal Suspense on Nook. I will continue to promote it online while I begin to work on book 2 of The Dead Game series.


My life has taken many unexpected twists and turns. I wonder what the young me would have thought if she had heard that she was going to write vampire stories in the future. Would she have laughed? Would she have been surprised? Knowing me so well, I wouldn’t have laughed or wouldn’t have been surprised. And I might have even been happy. I don’t believe I was so happy with Finance, even in the beginning. I did it as more of a challenge. I wanted to do well in a male-dominated field—just to prove that I could do it. And now I have a new mission. I want to prove to myself that I could be a good author. And I believe I’m well on my way.